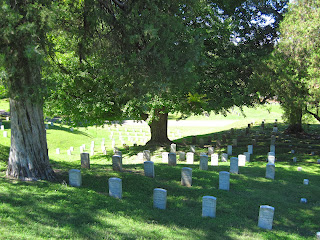 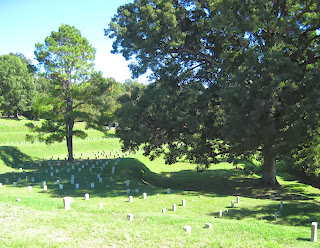 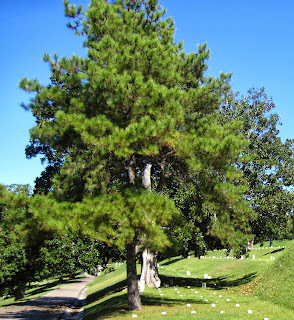 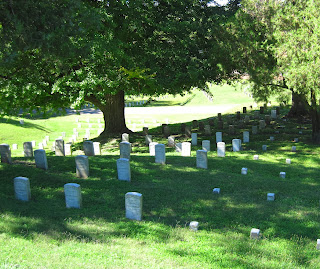 The statue below is dedicated to Brig. Gen. Lloyd Tilghman who was killed by a sniper at the Battle of Champion Hill as he covered the Confederate retreat back to Vicksburg from that battle.

Posted by Beverly Watson at 9:54 AM 2 comments

In 1818, Henry Rowe Schoolcraft, explorer, geographer and geologist, along with his assistant Levi Pettibone traveled up from the junction of Beaver Creek and the White River with two hunters who were said to be the most western settlers from there to the Rocky Mountain. On the first day of January, 1819, they reached their destination at the lead deposits on Pearson Creek which drained into the James River just east of present Springfield, Missouri. As they returned, they accidentally entered upper Bull Creek valley believing it to be Swan Creek valley. Bull Creek is another tributary of the White River. Schoolcraft’s notes of January 6th, 1819 detail the fact that they were confused and would not have entered Bull Creek valley had they not believed it to be Swan Creek. He recorded that Bull Creek valley was avoided by hunters and known to be a hilly, sterile region and considered a dangerous place in which to become lost, particularly in foggy weather when the sun cannot be seen, due to the similarity in appearance of the natural features of the terrain.

Settlement of the valley began in the early 1830’s by settlers from Kentucky and Tennessee. In 1833 James Kimberling built a water powered grist mill on Bull Creek, one of the earliest in the region. That same year marked the start of the Ozark Mail Trace Road between Springfield and the White River at the junction of Swan Creek. The first steamboat arrived in Batesville, Arkansas in 1831 and within a few years they were bringing salt and sugar to be traded for bear and beaver hides, lead ore, beeswax, cotton and bacon. This contributed to making the Mail Trace an important source of commercial traffic for the area.


Further along the lane that follows the Ozark Mail Trace through the hollow. 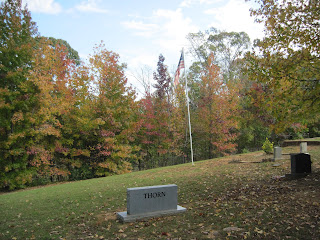 The community of which the Ft. Houston Cemetery is part, began when 500 acres of land was donated in 1835 for the town of Houston in Anderson County, Texas. The original Fort Houston was a stockade and blockhouse of the Republic of Texas located at a site on current Farm Road 1990 two miles west of Palestine. The fort was built on the public square of Houston, Anderson County, by Texas Rangers and completed in 1836. The town later became known as Ft. Houston after the settlement declined when Palestine became the county seat. State historical markers have been placed at the townsite and the Ft. Houston Cemetery. 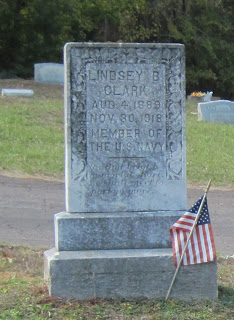 MEMBER OF
THE U.S. NAVY 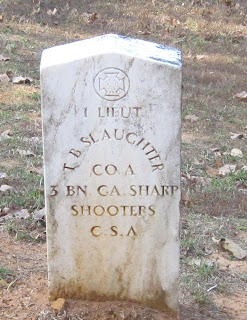 The VanPelts of Uvalde County


Capt. T. M. G. (Malcolm) Van Pelt was one of the early settlers to the Frio Canyon, a long wide valley with the Frio River running through it's center. He was born in Charlotte, Mecklenburg County, North Carolina, in July of 1831. His great-grandfather was a soldier in the war of the revolution.

He came to Texas in 1853 and settled first at Gonzales, then moved to Prairie Lea in Caldwell County in 1854. He bought cattle there and drove them to the Hondo River in 1855. In 1860 he moved and settled in Frio Canyon, Uvalde County. He had a fine ranch and farm fronting the river. At this time, the area of the Frio Canyon was regularly raided by Indian war parties. Capt. Van Pelt was an experienced Indian fighter but was also said to have been always running over with fun and practical jokes.


Joseph M. Van Pelt, the son of Malcolm Van Pelt and California Elizabeth Elam, was born at Prairie Lea, Caldwell County, Texas, on the last day of May, 1857. That was a noted year to old Texans, and called by some of them the "starving year." It was a year of great drought, when no crops were made, and many families went without bread for weeks at a time.

When Joe was about 3 years old the Van Pelts moved to Frio Canyon. One of the first things Joe became familiar with as he grew up was moccasin tracks and the almost constant alarm of Indians in the settlement. Indian tracks were often seen in the field where they had stolen potatoes and roasting ears. He went on many dangerous scouting trips after Indians when quite young.

This post is in memory of my childhood friend, Norman VanPelt, descendant of these Texas pioneers, who is now buried among them in the Concan Cemetery. 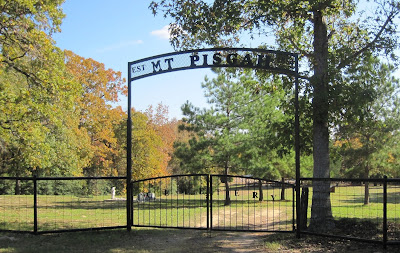 There is a historical marker on Farm Road 542, three miles south of Oakwood in Leon County, Texas, commemorating the Mt. Pisgah Cemetery which is believed to be one of the oldest cemeteries in the county. The cemetery is on Ringgold Creek two miles beyond the marker and south of Hwy 542. According to the historical marker the earliest marked grave is that of two year old John W. Orenbaum who died in 1854. As early as 1860 a school was established in the vicinity, in a log building on the Heatly tract.

There are numerous graves marked only with field stones in Mt. Pisgah. Many early pioneers and veterans of the Texas Revolution are said to be buried in the unmarked graves.